I’ve talked off and on about the “haters/naysayers”—those who fight against the Church and “kick against the pricks,” as they say, decrying the good and tearing down the beauty that the Church stands for worldwide. I have a hard time with them, I’ll admit. I mean, I don’t “crap on your porch” and ask you to like it. I would ask you not to do the same. 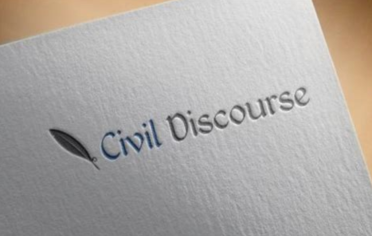 I know that, in their hearts, some feel like they’re “on a mission” (kind of like me…), standing up for what they believe, trying to “save people from the Mormons.” I get that. That’s okay. And they really are entitled to their opinions.

I honestly think it’s more about how they work that gets me more than anything else. It’s like a comment a past acquaintance of mine posted on my Facebook yesterday, following my post, “How Gladys Knight Became a Mormon.” He didn’t say anything nice … he didn’t start with a compliment or a positive insight. Instead, he just commented on how “the Church teaches racism” (his words, not mine) and how he didn’t understand how Gladys Knight 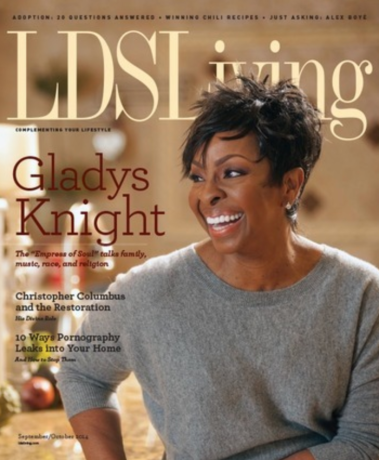 could “be at peace” with this “dogma.” I probably took it too personally but I didn’t appreciate what felt like his attack on her testimony (and intellect), my own, the Church itself, and that of many other members who’ve gone through their own personal conversion. It’s intimate and personal. And Gladys Knight’s testimony is beautiful and touching if you read it (Click Here to do so). You might not agree but why criticize her for it? Or anyone for that matter. Why can’t you just keep your spite to yourself? Why poke fun at, question, or tear down another’s faith just because you don’t agree with what they think? It makes zero sense. (I don’t personally believe in Islam or Harikrishna or communism, for that matter … or the Utah Utes; just joking). Seriously though: there are lots of other examples. But, I don’t seek out their blogs and forums and post comments on them about why they’re out in left field. They can think what they think and a lot of people agree. THAT’S OKAY! That’s what makes being here in America great! In fact, it’s one of the main reasons the nation was established … so we could all think, believe, and worship, and exist, as we see fit. Why can’t we just accept each other with all our differences and be good with it? Just because I don’t fight against something or even disagree with it, doesn’t mean I endorse it! I’m not an outspoken anti-Libertarian, but does that mean I’m a racist? I don’t think so. It just means I’m busy, they’re entitled to their own opinions, and maybe just maybe … I have a life.

I’m sorry, but criticizing another’s faith just isn’t what I would call “civil” and it certainly doesn’t build bridges or mutual appreciation. On the contrary. Unfortunately, it’s far too common. There just isn’t enough “middle ground,” I’m afraid—but shouldn’t there be? It’s a good goal to have. I mean, Honestly, can’t we all just get along….?

When I deleted his comment (sorry, folks, but yes I did….) he wrote me asking why I wasn’t open to a “civil debate” and asked if I was writing my blog “in a vacuum.” Here’s what I wrote in response:

“To be honest, I deleted your comment (and won’t be posting this last one either), more than anything, because it wasn’t what I would consider “civil” at all. It was meant, I believe, to make a statement, get under my skin, or maybe even lead people astray. I don’t know really—maybe all three, but none of these are okay with me. Either way, it wasn’t what I’d call a “healthy” or “civil” (your word) “debate.” (Why, honestly, does everything have to be “debated” anyway? Can’t it just be “discussed among friends”?) I personally think a lot more real and open communication would occur if this were the case. Instead, you got on my Facebook page and the first words out of your mouth were rude, biased, and unkind. Not exactly a recipe for good dialogue, I don’t think. The concept of a “spoonful of sugar,” comes to mind.

I’m not living in a vacuum or an “echo chamber,” [Name Omitted], I don’t think. I just have boundaries and I won’t encourage rudeness. Not even from my friends….”

What is civil debate or dialogue exactly anyway? Personally, I believe, it’s when two parties with differing opinions can talk about a subject without getting rude, personal, or remotely disrespectful along the way. Those type of conversations, I personally enjoy. But, if the first words out of your mouth are rude, one-sided, or mean … I’m done. I’ll end that conversation before it goes any further. Life is too short to want to put up with that. 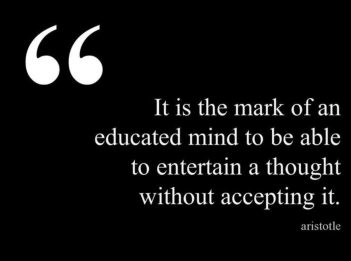 Personally, I loved what Greg Trimble wrote in his book, The Virtual Missionary. Like I wrote the other day, he reminded us of how Joseph Smith used to deal with many of his critics—he’d have them to dinner and seek to be their friends. He wanted civil dialogue; he relished the exchange of ideas. But, he didn’t enjoy getting tarred and feathered, I’m sure. I feel the same way. I’m all for healthy conversation; I’m happy to answer questions galore. But, if your purpose is to argue, mix things up, or try to start a fight, I’ll probably just decline. I’m not here because I missed out on being on the debate team back in high school. I’m here to simply try to share the “Mormon point of view,” my own perspective, and share how it’s blessed my own life. It is what it is; it’s, really, indisputable. It’s my own experience and you’re not going to convince me it was or is anything else. There’s nothing you can say that can take

that away from me. I mean it … I’m not even here to try to prove or confirm for anyone that what I share is true. That isn’t my aim. Only the spirit can do that and I know, if you want it to, it can for you.

If you really want to argue, there are others I’m sure who’d be happy to do so. That just isn’t me. I don’t have the time, the interest, or the bandwidth I don’t think. I honestly think some people just have too much time on their hands, which is fine. Me? I’m looking for friends and colleagues … even if we view the world differently; that’s perfectly okay.

I’m starting to ramble again. Let’s call it a night. Thanks for checking in.

Have a good evening, 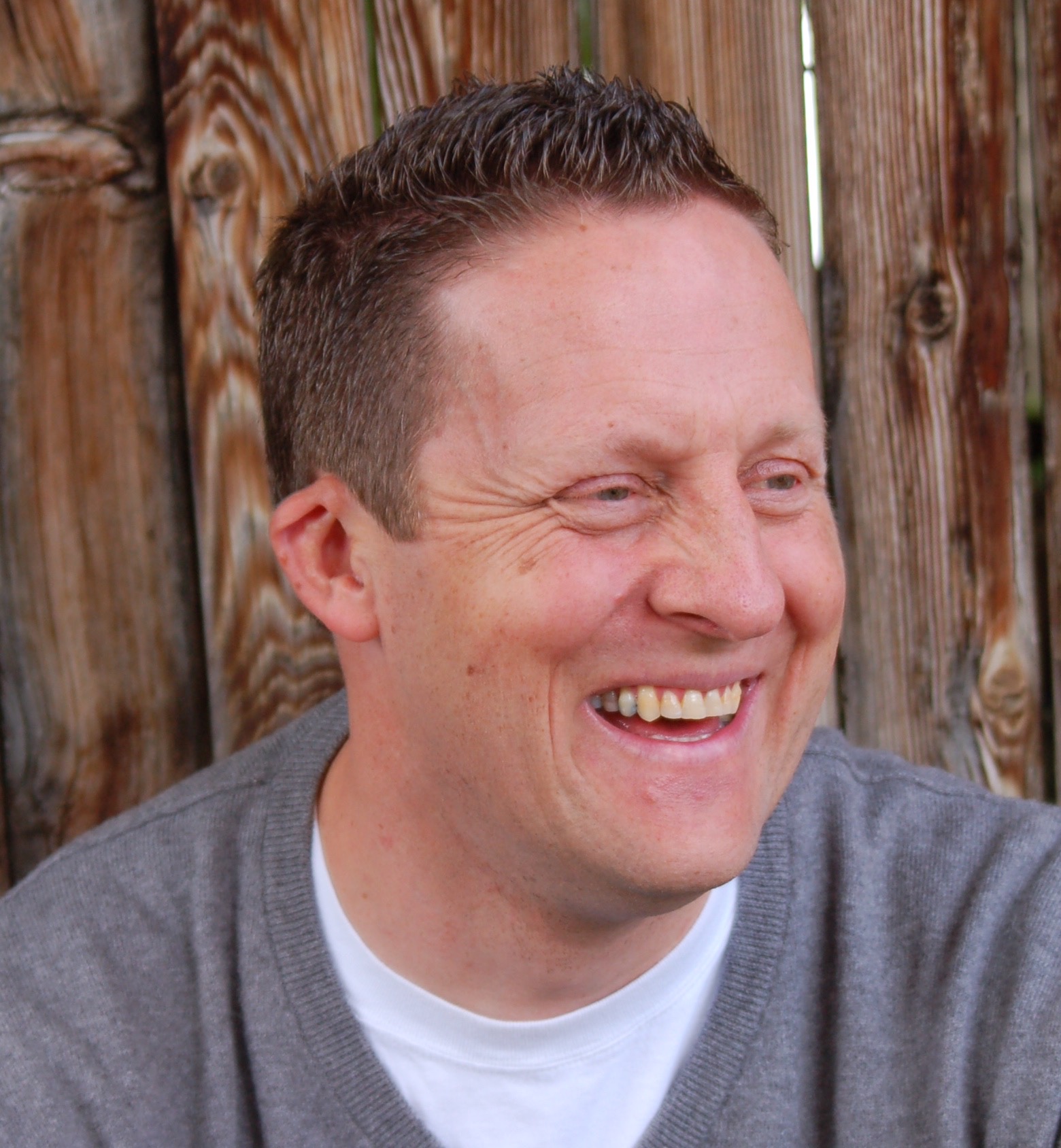 “And ye shall know the truth, and the truth shall make you free….”